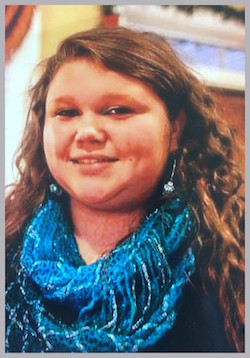 Mikayla Murphree is quite literally living the dream. Mikayla is a 2015-2016 recipient of the AAHA Scholarship as well as the National CARH Scholarship. I am not only the manager of Stonecrest where she resides, I am also her next door neighbor. I have got to witness her on many levels. She is the epitome of what all students should strive to be. She was the Valedictorian of her high school class at Tharptown on the outskirts of Russellville, AL and scored a 30 on her ACT. She received a pretty good scholarship to Mississippi State, but it did not take care of everything. Mikayla’s mother told me while in tears that Mikayla has wanted to be a veterinarian since she was a little girl and it was her “dream” to attend Mississippi State. It was in her grasp, but with out-of-state tuition, living expenses and everything else, the scholarship they offered left her lacking.

Her mother told me that Mikayla had already accepted that Mississippi State was not going to happen for her and they had already planned on her attending UNA. While this is a great school, it is just not a leader in the veterinary science field like her “dream school” is. Mikayla is the daughter of a very hard working single mother who works midnights at the local chicken processing plan here in Russellville. She said she watched her daughter excel in everything she has ever attempted and it hurt her that she was not going to be able to go to the school that she had always aspired to. I still remember the day that I as her complex manager along with my general manager, Kim Duncan, Angie Beckman an executive with Irby Management and Arrice Faught got to call her during last year’s AAHA Conference in Florida to announce to her that she had been selected as a National CARH Winner. She was actually screaming on the other end of the phone. She and her mother later told me that this scholarship, along with the AAHA scholarship is what actually allowed her to be able to attend the school she had always dreamed of. She said without a doubt, otherwise she would have gone to UNA while holding down a job to save money so she could transfer later to a graduate school to obtain her veterinary license.

Mikayla has not set on her laurels while at Mississippi State either. As you can see, she is setting a high standard there. While she was checking her scores after her first semester there, she was honored to see that she was ranked #1 out 3,359 freshman on campus. She was also ranked #1 out of the 705 freshman students in the College of Arts and Sciences and #1 out of the 272 freshman in the Biological Science Major. Not too shabby. So if anyone were to ask me if it is a worthwhile thing to donate to the AAHA scholarship, I would have to say it most certainly made this young ladies dreams come true. Also, as a current AAHA Scholarship recipient myself, I can speak from personal knowledge that it has made things a little easier for the mom, too.